We the Wuthathi people are the traditional custodians and owners of Wuthathi land and sea country surrounding Shelburne Bay on North Eastern coast of Cape York Peninsula.

“Our land is our spiritual and cultural home. It is the basis of our identity, it is our life.” 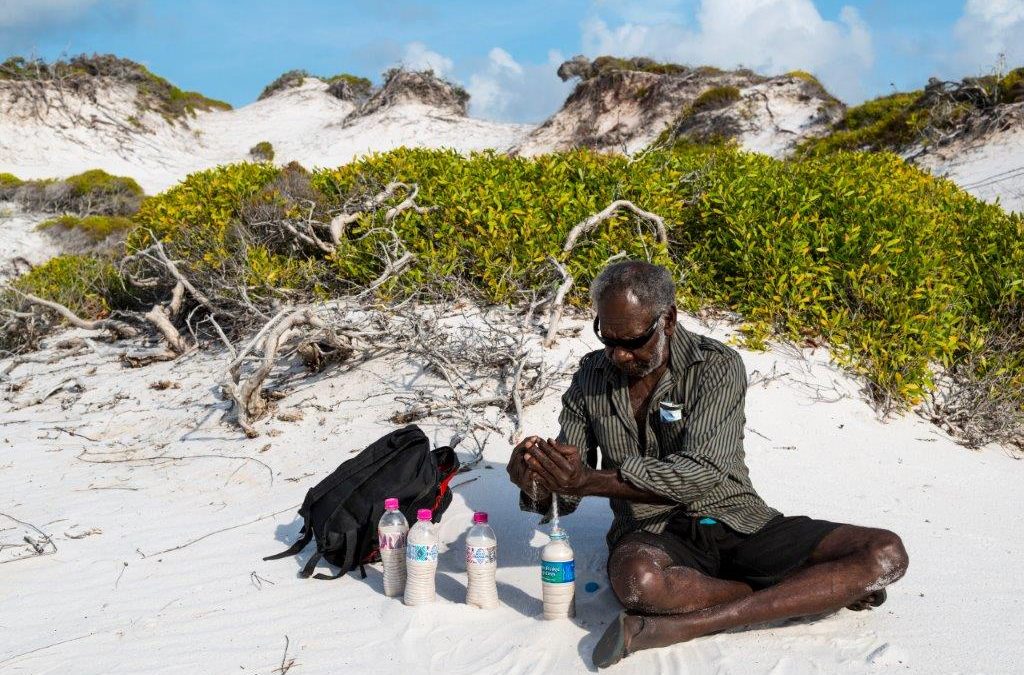 “When those old people were taken away all those years ago, our practices went blank for us, ” says Johnson Chippendale.

“Now our young people can start again.”
He gulps his words and stops speaking altogether. His people, dozens of them baking beneath the tin roof of the Lockhart River community hall, way up the Cape York Peninsula east coast, plead with their eyes for him to continue.

He cannot. He is a tall man, a leader, an elder of his people, the chairman of the Wuthathi Aboriginal Corporation. He is not given to showing emotion. But this day is too big. It overwhelms him.

He has said what had to be said – once, the people and their cultural practices had been expelled from their land. And here today the Queensland Government was handing it back.

Time to start again. Soon, young Wuthathi people took him at his word. They burst into a storm of traditional dancing in celebration, elders banging drums and singing. It is more than 80 years since those old people, the ancestors of Johnson Chippendale and many of the families in the hall, were herded off their land at Shelburne Bay, some of the most beautiful coastal and island country in Australia, if not the world.

It was the 1920s and the 1930s. The Queensland Government of the time exerted enormous and often brutal control over the lives of Aborigines, to the point of deciding where they might live and where they could travel.

The Wuthathi were too independent, too free from government control. Too wild. They had to be removed, these people who had lived around Shelburne Bay on wetlands and lakes and islands and in rainforests for longer than anyone could imagine.

They never went hungry, says Jean Mosby. Her father, Thychil, a fully initiated man later given the name Tommy Warren, a fisherman and hunter who made his own spears and woomeras, was born beside a spring around 1887 on his ancestral country.

“He told us there was always geese eggs, pigeon eggs, lily roots, or dugong and other fish when they went out in the canoes,” Mrs Mosby says.

“Not like later, when I was a little girl down at Yarrabah [an Anglican mission near Cairns until the late 1950s] when they starved us.”

The Wuthathi took their totem from the rays – mantas and stingrays – that glide through the waters of the Coral Sea, out there with the dugongs and the sea turtles.
Their Dreaming story was that a giant ray had been washed ashore during a storm and had been turned on its back, exposing its pure white belly. You can still see that gleaming belly at Shelburne Bay.

It is the most pure white sand swept into dunes, some as high as 100 metres, and so perfectly formed that little freshwater lakes lie suspended in them. It is almost too much to imagine what it must have been for the Wuthathi when government authorities came and forcibly removed them and dispersed them all up and down the flyblown and utterly controlled settlements of far north Queensland.

Johnson Chippendale says those who were taken 100 kilometres south to the old mission at Lockhart “were given strict instructions never to speak a word of their language or practise their ceremonies”.

Within a couple of decades, the magical country of Shelburne Bay had been leased to pastoralists to run cattle. But the Wuthathi never lost the urge to return. And in 1985, the pure-white dreaming belly of the giant ray, turned to sand so white it could all but blind you, came to their rescue, though it did not initially seem at all promising.

That year, a member of the Wildlife Preservation Society of Queensland (WPSQ), a fellow named Sandy Clagne, noticed an obscure little advertisement in the Cairns Post declaring that an Australian-Japanese company called Shelburne Silica was applying for a mining lease over 765 square kilometres of dunes and proposing to export 400,000 tonnes a year to manufacture glass in Japan.

A deepwater port would be constructed at the mine site. Word got to the then chief executive of the WPSQ, Don Henry. Henry would soon become the powerful head of the Australian Conservation Foundation (ACF),and he could recognise a serious cause when he saw it. He took action in the Queensland Miners Court on Thursday Island in support of objections lodged by the WPSQ, the ACF and the Queensland Conservation Council.

The mining company’s phalanx of lawyers argued that all members of the Wuthathi people had died out, and produced death certificates purporting to show it. That enraged the very alive Wuthathi.

One of them, Alik Pablo, attended the court to give evidence, and refused to be tricked by the lawyers when they presented him with a map turned upside down and asked him to identify his country.

He turned it the right way up and pointed to Shelburne Bay.

The Miners’ Warden ruled against the sand-mining application, but the obsessively pro-development government of Joh Bjelke-Petersen, later revealed to be corrupt to the core, simply ignored the ruling.

And so developed one of the great collaborations between indigenous people and major conservation organisations, which by then included the Wilderness Society.

The Hawke-Keating Government was roped in. Within a couple of years, with Wuthathi and conservationists not letting up the pressure, Prime Minister Bob Hawke declared that Shelburne Bay was one of his four priorities for conservation. The others were Kakadu, the Daintree wet tropics and Tasmanian wilderness.

It was, however, merely the beginning of excruciating negotiations that would eventually end this week with 1200 square kilometres of Shelburne Bay, a third of it to be jointly managed by the Wuthathi as a national park, handed back to Johnson Chippendale and his people.

Along that long path, with conservation organisations such as the ACF and the Wilderness Society sticking with the Wuthathi despite often fractious relations, the Wuthathi won last year an 18-year campaign for native title.

Meanwhile, successive Queensland Labor Governments, starting with the Beattie Government in 1998, withdrew pastoral leases and began moving towards a tenure resolution process. Two inactive sand-mining leases that had sat for years on the dunes, their very presence a threat, were finally cancelled, without compensation, in 2003.

A plan for a spaceport on the land failed. A whole new approach to returning land to indigenous groups on Cape York was forged, and the Wuthathi’s new national park, which includes several islands, will bring to 26 the number of jointly managed parks spreading over 2 million hectares on the cape.

As the ownership documents were signed at Lockhart River on Tuesday, representatives of the ACF, the Wilderness Society and the Queensland Conservation Council stood alongside family members of the Wuthathi.

Here were allies brought together by a common desire: to save blinding white dunes that those who have owned them forever, and now have papers proving it, dreamed were formed by the belly of a giant ray.

"To control our destiny as our elders before us; in caring for Wuthathi country, culture and community" 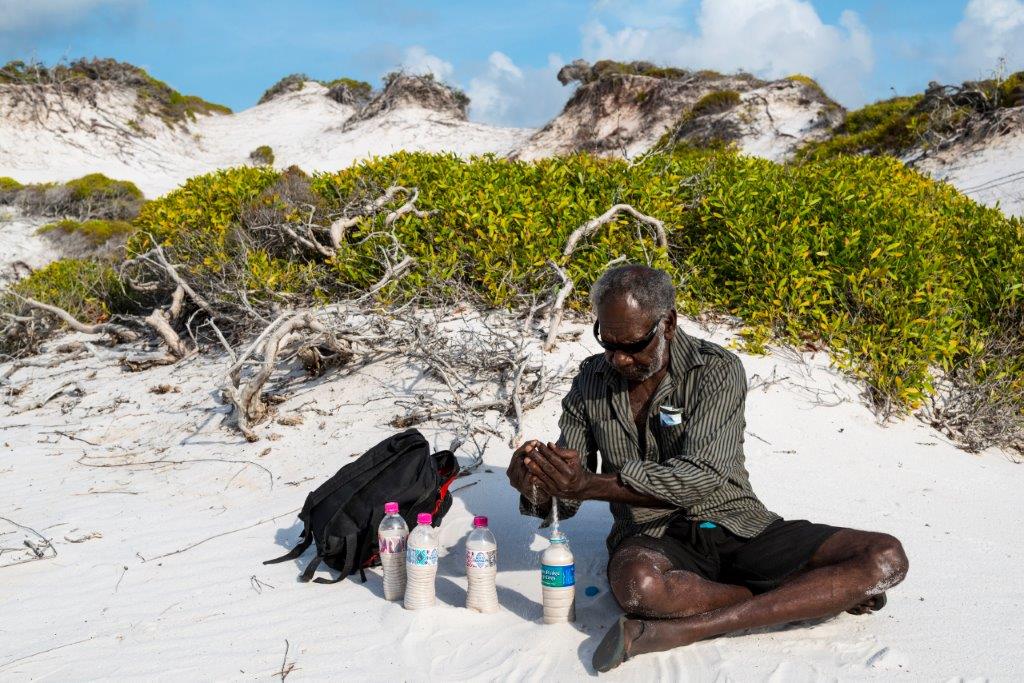 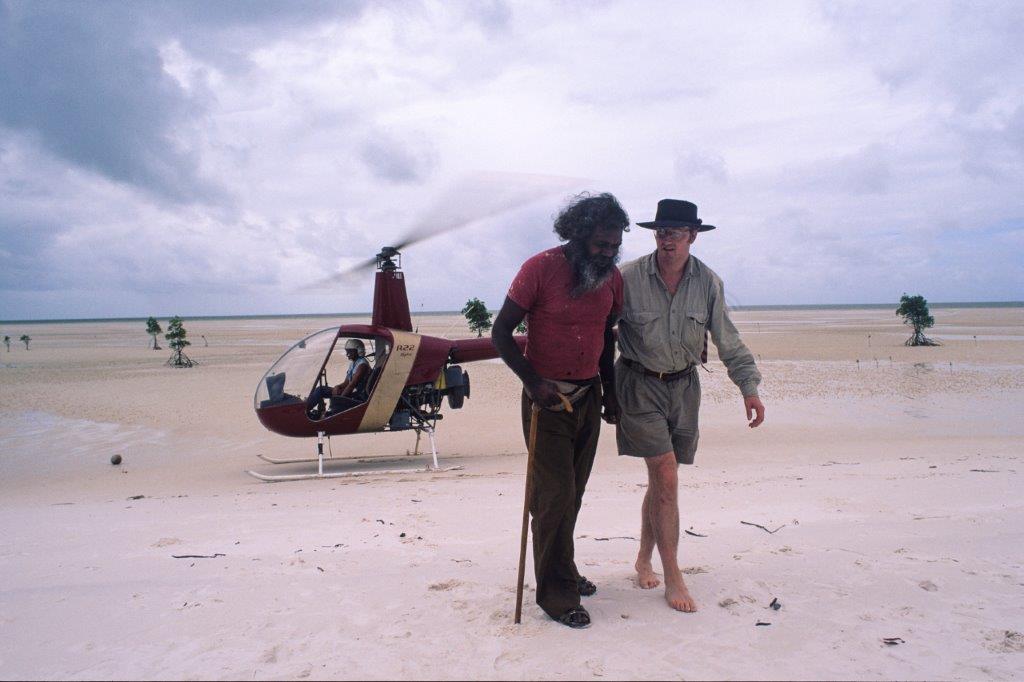 Raine Island is an untouched wilderness on the northern Great Barrier Reef which is identified as the largest rookery in the world for the green turtle with upwards of 15,000 females having been recorded attempting to nest at the one time along the approximately 1.8km of beach.

We acknowledge Australian Aboriginal People and Torres Strait Islander People as the first inhabitants of the nation, and acknowledge Traditional Owners of the lands where we live and work.

Aboriginal and Torres Strait Islander persons are warned that this website may contain images and or names of deceased indigenous persons or sites of cultural significants.

Welcome to WordPress. This is your first post. Edit or delete it, then start blogging!